Ten Steps: Find the Story in Your History 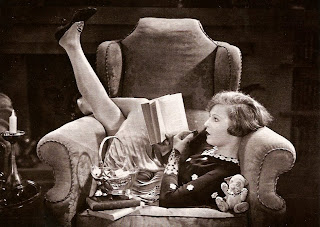 When I was fifteen I knew a girl who had plague.
"Her head ached violently, as though a tight steel band had been bound about her temples and was drawing steadily tighter. She was sweating and there were stabbing pains throughout her stomach and along her legs and arms. Her throat was as dry as if she had swallowed dust . . . All at once she gave a convulsive shudder and the retching started again. By morning she lay flat on her back, her eyes fixed and wide open but unseeing. There were dirty green circles beneath her eyes and the lower part of her face was shiny with the bile and saliva which had dried there."—Kathleen Winsor 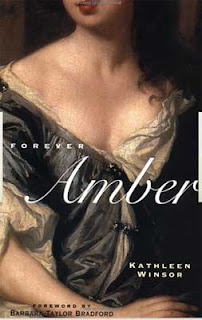 The year was 1644 and it was the first time I visited London. Every detail of life in that period—food, fashions, architecture, interior design and politics—was covered in the fictional tale called Forever Amber. Kathleen Winsor made the time of my great-greats vivid and authentic through years of research, before publishing her best-seller in 1944. 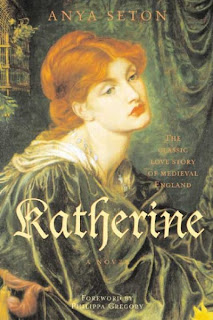 "That crumb of far-off Lincolnshire was the only place in the world entirely her own."
In high school I met Katherine Swynford, great-grandmother of kings. She lived at Kettlethorpe, a small manor in Lincolnshire, England very close to some of my own greats. Born in about 1358, Katherine had a love affair with John of Gaunt, and later married him. Their descendants became England's royal line. Anya Seton wrote this about her research for Katherine:

"In telling this story I use nothing but historical fact when these facts are known—and a great deal is known about the fourteenth century in England. I have tried never to distort time, or place or character to suit my convenience." 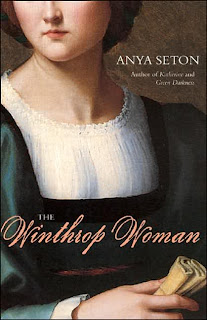 "I'm measeled with mosquito bites, all of an itch."

Anya Seton also introduced me to Elizabeth, The Winthrop Woman. Just like my 10th great-grandmother, Elizabeth was born in England, and moved to the New World in 1631 with Governor John Winthrop of the Massachusetts Bay Colony. Though told as a novel, her story is authentic history. She has thousands of descendants today. So does Sarah Colby, and I'm one of them.

Taking some cues from historical novelists, here are ten suggestions I have for finding the story in your history.

~How did your forefather treat your foremother? What was marriage like in that time and place? Google it, then write a letter about your marriage as if you were your ancestor.

Fabulous tips. I appreciate you passing on your experience and wisdom in this research/storytelling arena. You make it all seem feasible instead of overwhelming. One step at a time, I guess.

(We read all the same books!)

thanks for introducing me to those great books. they were great historical novels.