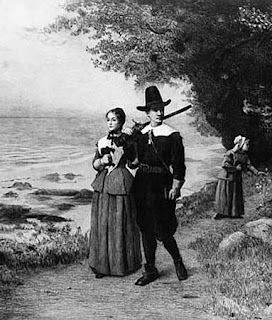 When my great-grandpa Anthony Colby arrived in Salem, Massachussetts on April 8, 1630, nobody stamped his passport. He was undocumented. Did anybody keep track of folks in those days? 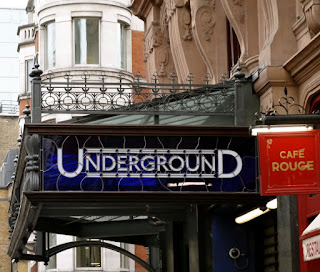 I went underground as a sleuth in London, England to find out. 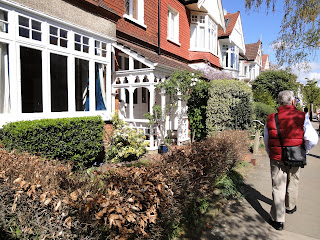 Forty five minutes outside the city is a town called Kew.
I followed my leader down the road and arrived at . . . 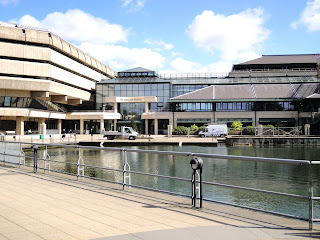 Great-grandpa Colby wouldn't have been admitted. It took a passport and two forms of ID to get through the door. They took my photo at the entrance, and matched it to my face when I got to the desk inside, where they took my official photo.

Security was tighter than the airport. Bags, purses, coats, notebooks and pens had to be stowed in lockers. I carried my camera, magnifying glass, a loose piece of paper and a #2 graphite pencil (without an eraser) in a clear plastic bag to get my readers card. 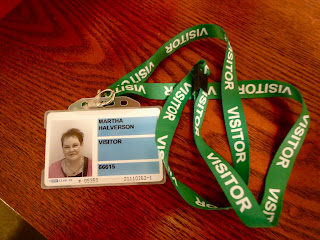 The room reminded me of the DMV. There were several computers and I waited my turn, then took a short on-line course about how to handle old documents (which I skimmed) followed by a short on-line quiz (which I flunked.) I returned to the course, passed the quiz and qualified for a card, which unlocked the gates to each library room—where they searched my plastic bag each time I went in or out. It was starting to seem like a big deal. 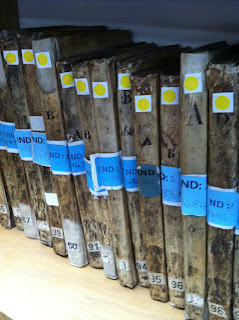 I was glad I'd done my homework. This wasn't the LDS Family History Library: no sweet missionaries hovering around with smiles and helpful tips. These were serious historians who expected me to know preliminary facts, speaking with accents and vocabulary I could barely understand. After a little research I requested "a bundle." 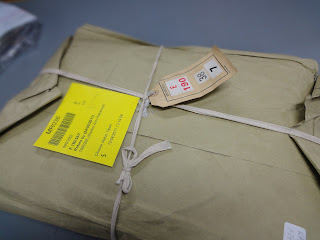 There were 5,000 bundles of documents stored in damp, vermin-infested warehouses on London docks for hundreds of years. They were consolidated in one building in 1883 and moved to this new facility in 1997, but by then many had deteriorated or been eaten by rats. Just 1,450 survived, and one of them had my name on it. 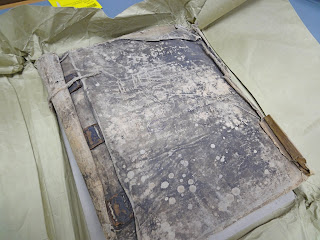 Luckily, I'd just completed a course on how to unwrap my bundle. 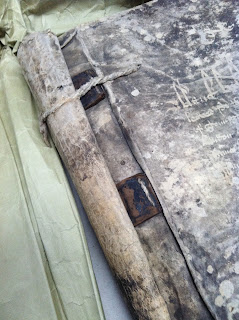 I put on my white cotton gloves and examined the sheepskin binding. 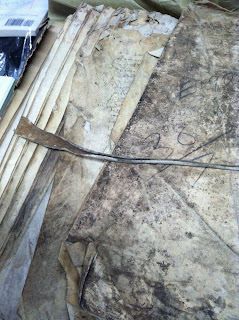 It slowly dawned on me that I was looking at the actual record. 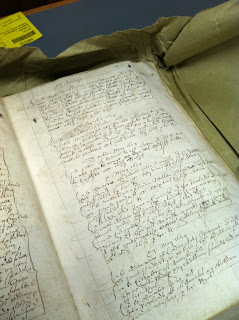 The pages were of vellum and parchment. 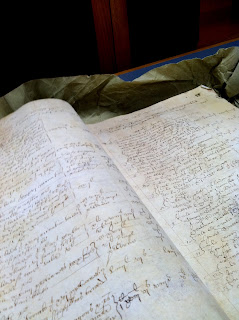 The writing was beautiful and undecipherable. 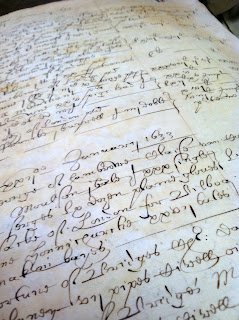 Several years worth of ship's records were bound together in the same book,
and I could read the dates and recognize a few words here and there. 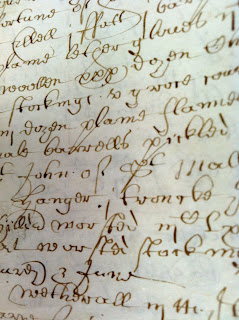 And I discovered that yes, somebody was keeping track of folks in those days.
There was the record of Anthony's ship, the Confidence. 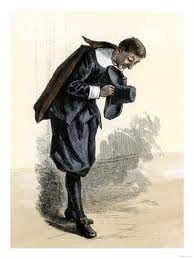 Pleased to meet you, Grandpa Colby.

No Puritans here -- I come from Scottish Quakers who were descended from (& prolly cousins) of William Wallace who settled in NJ before the Revolution.

Isn't it fun learning this stuff?

I've definitely got Puritan blood. What an ordeal, yet amazing experience to see those original documents. Awesome.

That sounds awesome! Only you and Opa would even know to go to places like that. I wouldn't even think the records would be available to ordinary citizens. So, so cool. Did you try to smuggle anything out? :-)