York is up north
Our impulsive decision to move our family to England for a year was made while our 13-year-old son was at Scout Camp. The news had gotten around the neighborhood, and as each scout was dropped off, Josh heard more of our plans. He burst into our house yelling "I'M NOT GOING TO ENGLAND!!"
The other six kids had similar reactions. Heidi, who was seven, sat on our porch with her best friend for an hour, both of them sobbing out loud into their hands the whole time. Gabi was fifteen. She would miss her sophomore year, and driver's ed, postponing her driver's license. Amy, ten, suddenly started having bad dreams, and developed strange blinking, and coughing tics. Oh, yeah. This was a great idea. 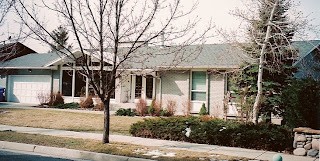 Meanwhile things were falling into place. Luckily our house had almost tripled in value since we bought it 14 years before, and our payment was very low. We were able to rent it for a year at a fair price that covered both our mortgage payment and our rent in England, with a little left over. A neighbor leased one of our cars for the year, but paid us up front so we could use the money; we sold the other one. We had some antique furniture and some semi-valuable collections: stamps, coins, books, art...we basically sold everything to support ourselves for a year. It all happened very fast. Dee got accepted to his master's program on July 7 and we left on August 15, 1985.

The kids eventually got excited. One Sunday we had a special dinner, and explained why we had made this choice, and how we thought it would benefit our family. We presented it as a chance to do a Study Abroad together. (I was the only one who didn't go to school!) Dee told them that we had prayed about it, and felt confident it was right for us. Then he asked them to trust our decision. They weren't voting, they were sustaining and supporting us in this huge endeavor. They all raised their hands. After that if became a family project. 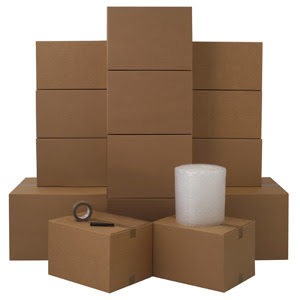 The airline would allow each of us to take three pieces of luggage of a specific size. We got 27 moving boxes with those exact measurements. Each person got two boxes for their stuff, and the extra boxes were packed with household items, everything from scissors to band aids to towels to winter coats. Our renters agreed that we could use the bedrooms in the basement to store everything else. Tables, chairs, sofas, beds, china, linens, bikes and toys were stacked to the ceiling. 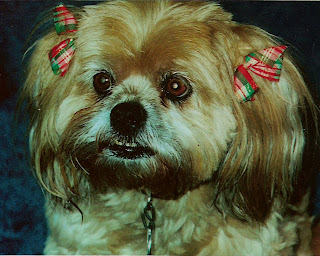 Peaches
The day before we left was very traumatic. We couldn't take our dog, Peaches. Some friends volunteered to tend her for the year! (Peaches sent us regular letters, always signed with a paw print.) Josh took her over to their house. He came home in tears, saying Peaches had cried when he left. He'd had to push her inside the door and close it while she scratched and whimpered, surrounded by a strange new family.

I am enjoying the story - or I was until you got to the part about Peaches. Then big tears came to my eyes. I am hoping that all of you and Peaches had a great reunion when you returned home.

Re your comment: I have a similar tale about my older daughter, who complained about a neighborhood bully. I went to her rescue only to find out that she had kicked him in the shins twice before he laid a hand on her!

I think the logistics of it would have been what sent me over the edge. I can't imagine all the pressure you were getting from parents, friends, etc. Way to stick to your guns and do what was right.

I love all the details and the photos. I know all about you going and being there... I just never knew the details. This is also way more interesting since Heidi is moving her family to CHINA the end of September. No crying from this mom... I've never been to China so I can hardly wait to go visit... Christmas in China... just think I can buy all the presents there and save the shipping! (isn't everything made there anyway?!)

This is fascinating, Marty -- I'm on tenterhooks for the next installment!