Depression: Life Out of Focus 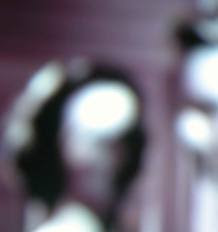 When the doctor couldn't find anything physically wrong with me he suggested depression. I would not accept that as my diagnosis. It sounded so depressing!

Back in 1982 nobody I knew admitted to such an embarrassing weakness. People with depression were considered neurotic, sent off somewhere for electric shock treatment. Neighbors whispered they were "doped up on Valium." Probably a lot of folks became alcoholics—it was less shameful.

Mom told me I needed to keep busy and not think about myself so much. Then she told me I was too busy and needed to take better care of myself. Dad told me it was all in my head and if I practiced positive thinking it would go away. Folks at church told me to have faith, read my scriptures, serve others . . . none of those ideas helped, but I couldn't admit it. 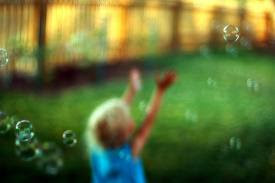 One day I was watching my kids blow bubbles. I'd been praying about my bleak situation when the thought suddenly came to call Shauna, a neighbor I did not know well. She answered and I started sobbing uncontrollably, rambling about how helpless and hopeless I felt. She sounded caring and calm as she assured me, "We'll get through this together. Don't worry. It will be all right." She said she knew what I was going through, because she'd felt this way herself. When I finally settled down, she said, "Now, Dear, first tell me: who is this?"

Shauna steered me towards a wonderful doctor named Dr. Payne. (Isn't that a great name for a doctor?) He had experienced deep depression himself, and had done a lot of research on its causes, symptoms and treatment. I learned that depression is not the same as feeling depressed. It's a chemical imbalance in the brain; anti-depressants balance the brain's chemicals so it can function normally. He explained that for me to go without this medicine would be as foolish as a diabetic going without insulin.

Stress, hormones, illness or trauma can trigger a bout of depression, especially if it lurks in your gene pool. Sometimes it goes away completely on it's own, other times it goes away but recurs. In my case, it is chronic, so I'll take anti-depressants the rest of my life. A friend referred to them as "happy pills," but that's not right. The medication doesn't make you happy any more than blood pressure medicine makes you happy—it makes you normal. Then you can make yourself happy.

Judging from the comments and especially the emails I've received this week, depression is making some of you feel out of focus. If you've had the blues for more than two weeks, talk to someone about it. Don't suffer in silence. If you've been in a funk for more than a couple of months, go to a doctor.

When I started taking anti-depressants, there were just two kinds available. It took about three weeks to tell how it was working and another several months to figure out the right dosage. I noticed side-effects immediately (dry-mouth, light-headedness, weight gain, etc.) and because I didn't feel any better for a while, I almost gave up a few times. I'm so glad I didn't.

At first the changes were subtle: I started sleeping better, the panic attacks subsided, the headaches went away. I stopped being afraid; I could concentrate and accomplish things. The kids were cuter, Dee was relaxed, and fun times were fun again. 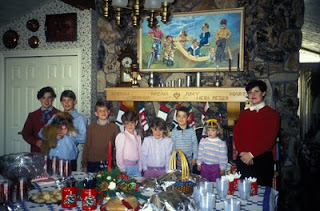 My life came back into focus.

Since I've been under the weather I've missed you posts regarding depression but I am the first to tell you that it is REAL! Although I don't need to convince you, do I? I was diagnosed as having dysthmia; a persistent state of depression and I now know after years and years of fighting it I need medication; just as a diabetic needs insulin. There have been times I've tried to go off and it's a disaster for ALL so it is what it is and I thank God there are medicines to treat the chemical imbalance in my brain; no shame, it just is!
Thanks for speaking out on this one...so vital that others are well informed!

Loved your "happy pills" comment. They don't make you happy, they make you normal so you can make yourself happy. Amen.

bless you for writing this. I know you are helping many...

I'm so grateful there are medicines and science out there to treat this. What a blessing.

Thank you so much for posting these.

Thank you for sharing your experience!

Oh my dear friend Oma, you are a treasure. And this comment, "Now, Dear, first tell me: who is this?" is priceless. ;)

I'm so glad you wrote about this. I didn't dare even though, like you I've suffered (in silence) most of my adult life. Unlike you, I do not have a positive nature.

I've tried all the anti-depressants and I don't feel normal on any of them. I just feel flat. No spinning out of control, but no jumping for joy either. I'd like to feel happy and joyful again.

My husband has always said, "Just snap out of it!" Oh, if I only could. Now that he's lived with two children and a wife who all suffer from chronic anxiety and depression, he feels like he's the abnormal one.

I long for the days when depression was my only health problem. Now that my body has gone the same direction as my mind, it leaves me in a big fat hole.

I too lost focus back in 82' after the birth of my 4th son. It was like being hit up the side of my head with a 2 x 4 and being knocked into a 2 mile deep icy crevice. Didn't know what hit me. Anyway, recently I did some research on "adrenal burnout" and the similarities between that and a "nervous breakdown" are amazing. I used to always feel like I was losing my mind but now-a-days I am not so sure that is a bad thing. ;)

Thanks for this series of posts. There are many, many who need to know that they are not alone!

depression runs in my jeans (genes)...I have been on meds since 2004...when I told my doctor that I was depressed he fell short because I am a positive person with a good attitude....so yes you are very right depression has nothing to do with being depressed...and yes my "happy pills" make me normal and I actually get things done! Nice to post and discuss what is going on in the brain...thanks