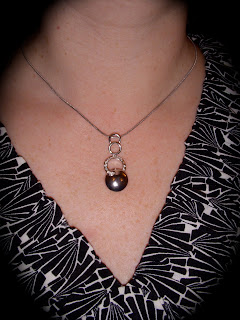 A little library in the back corner of Steinlechner Hotel was called the Stüberl. Dee and I were "studying" one day when another student came in. "Hi Linda," we both said at once. She backed out quickly, embarrassed to have walked in on us, and rushed to spread the news. "Dee and Marty are in the Stüberl necking." When I heard the gossip, I retorted, "No we weren't. She's blind." It was partly true. Linda was blind.

Does anybody say necking anymore? Or petting? Snogging, making out, canoodling? Locking lips, smooching? When a couple is a couple how do you say it nowadays? We used to say, "They're going together, my mom called it going out together, or you could say, "Sharon's dating Stan." (Now there are no Sharons, no Stans and no dating. I assume there's some kissing involved with hanging out, however.)

What are the modern steps of progression toward, you know, a home run? (I played first-base, with some short stops on occasion.) Back in the day, there were definite rules for when to run the bases, when you were safe to steal, and when you struck out. It was easier to play the game before bucket seats: the first pitch involved "sitting close." (On Monday morning the question was always "Did she sit close?" or "Did she hug the door?")

A movie was where the couple was going. After he opened the car door to let her out, she took his arm (if she wasn't frigid.) While coats came off, there would be an accidental bumping of hips, then the initial brushing of elbows as they arranged the arm-rest. Finally their arms would come together and begin to bond. (Summer time dating was the best—bare naked arms.) When their skin got sticky from perspiration, the guy did the fake stretch, which resulted in his arm across the back of his date's seat. By then, both parties had lost complete track of the movie.

The actual shoulder touch was the next move. A girl could manipulate this by adjusting her sweater, or leaning up to fix her shoe. At the end of this procedure, she'd settle in a little closer and his finger would accidentally drop to her shoulder, caressing it just a little before the palm of his hand settled comfortably on the bone. There was a short period of anticipation. She unclasped her sweaty hands (what a temptress) and let one sit seductively on her lap while she reached up and played with the necklace glinting on her collar bone.

Tickling her neck with his fingers, he reached over and grabbed her damp hand with his equally slick one. At this point subtlety became unnecessary. Her head collapsed on his shoulder and her lips grazed his neck. Full-fledged necking began.

This all took place inside the theater, and was totally acceptable on a Saturday night. (Nobody actually watched The Sand Pebbles or Becket.) The audience was involved with proceeding-towards-necking, necking, or watching-other-couples-necking. Using the phrase made immortal by teenagers ratted out by neighbors, "Everybody was doing it."

And now to our sponsor: Need help in the necking department? Get some glitz. Sarah sent me a beautiful white gold pendant, in a lovely little velvet box. The chain is 18 inches: the perfect length. I've wanted a substantial looking necklace that's easy to wear everyday. This one adds new meaning to the term necking. I think I'll wear it to the movies—or the Stüberl.

~List the words your generation used for dating, mating, and the fun stuff that you did in between.

~What were the some award-winning movies when you were a teenager?

That's the Write Idea!
Posted by Travelin'Oma at 12:46 AM

That's definitely my kind of necking! Love that necklace.

Wow, that is gorgeous!

i think i wear a necklace maybe ten times in an entire year. i just never think about it, unless i'm really getting dressed up and then suddenly i see how plain i really am.

wow! i need to find a really good romance novel after that!

friends with benefits... that's what they call it now.

When I was in Jr. High we had a 'code' (I totally should blog this!)

It came about because I had said french kissing was like drinking coffee. totally disgusting at first, but after a while very addictive (I'd ever had like one cup of coffee in my life so I really didn't know).

We also had code words for the boys.
It1 and It2... Plus for when we were on the phone... if our parents were in the room the 'lights were on'

Conversations probably went like this, "The lights are on right now so I can't tell you about It's coffee run with Jane."

haha, now as I parent I can see how transparent that would have been, but we thought we were so sneaky.

I grew up in England and immigrated to Canada when I was seventeen. There it was referred to as snogging, and a lot of it took place in the local cinema of our small village, which had what my mother referred to as "courting seats". These were seats which held two without the arms in between. I love your description. It brought me back many years ago to "that" feeling of excitement when snogging your bloke on a summer evening was the height of joy.

Oh God!!! I remember those days!!! And now that I'm single again, I'm sometimes back to dating. And it's a different world that I don't much like.

Haha, this was great to read! I'm not sure if this is indicative of my generation (I'm in my early 20's now), but for me and my friends, there's a difference between "hooking up" and "going out/dating/official/exclusive." Just last weekend, I said about a couple friends, "Well, I knew they'd been hooking up since August but I didn't know they were, you know, *official* or anything."