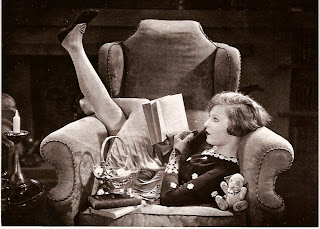 I'm in the middle of a book called The Forgotten Garden, by Kate Morton. The heroine, Nell, was only four years old when she was found, all alone, on a ship that had just arrived in Australia from England. The dock-master and his wife took her in and raised her as their own. When she was twenty-one she was told of her mysterious beginnings, and was devastated to realize she had no history. The rest of the book is the search for who she really is. History makes great stories.

Today we attended an historical event. Dee knows the background story well (he wrote it) and was thrilled to be invited to the celebration. During the program there was a lot of congratulating and thanking, counsel to be appreciative of this special occasion and to remember the gathering forever. (Of course, that took forever.)
Kids wiggled, teens texted, adults nodded off—sadly, there were no stories to hold our attention, which was a shame. The stories from the past were full of adventure, courage and faith. Listening to the speakers, we were surprised that nobody mentioned the extraordinary (yet ordinary) people we were actually celebrating. They had been totally forgotten. With a captive audience aching for entertainment, not one of their stories was told, and an opportunity was lost.

History tells us who we are. But who is History? My grandpa was, my mother was, I am, you are. We have a responsibility to tell the old stories—to pass on the lessons. Don't wait for a formal meeting with somebody at the microphone or somebody in their grave. Start small:
If you know a story about your grandparents or great-grandparents, find an occasion to share it. (As I'm writing this, I realize I have a second wave of grandchildren who don't know that my grandpa ran away to the circus, or that my great-grandma and her daughter married brothers.) We have to share our stories. I. AM. SO. SERIOUS.
The Forgotten Garden tells a memorable tale of memories lost. It's like having amnesia to not know your history. Scary stuff. Even scarier to be the memory that got forgotten. Make yourself memorable. On November 22, tell your kids where you were in 1963. If you weren't born yet, ask your mom where she was. Ask your dad what his number was in the draft lottery, and how that changed his life, and maybe yours.
I told some grandkids that we didn't have remotes when I was little. "Was that in the olden days?" asked Chelsea. "Was that in the 90's?" asked Lucy.
If you were alive in the 90's you have some great history. Don't forget it.

I very much agree with everything you have written here. I have gotten to the age where I don't have very many older relatives left and wish I had gotten a lot more information.

Thanks for the timely reminder. With my mother having Alzheimer's, and my dad dementia, I'm in a race with time to get more information and stories.

(I enjoyed The Forgotten Garden)

Yesterday I passed on some of my garage sale leftovers to my daughters and granddaughters. I didn't tell any stories, however, and I know they'd be more valuable in the long run!

I totally agree. And I think at Thanksgiving, my kids need to hear your arrested story. :-)

I loved that book!

We are always trying to eke a few more stories out of my in-laws. Their lives are stranger than fiction.

Sometimes it seems like my kids have heard all my stories, repeatedly. But they haven't rolled their eyes when I tell them yet and one of them usually asks "You did what? I don't know that story".

I wish I knew more of my parents stories. I recently wrote a paper for one of my college papers and needed my mom's childhood memories. I learned so much!

Loved that book! And you are so right about telling the history! I learned to do this from my Hubby's Southern Grandmother...she was a great history teller! ;-D

That is the next book on my list, cant wait to read it!

I have always told stories about myself and my family. In fact, when my son was recruited by the University of Toledo and a couple other NW Ohio colleges, we decided to make it a two-day trip and the kids made a list of all the things they wanted to see that I'd talked about from the house to where I grew up to the "fabled Anthony Wayne Bridge" (as in "If everybody else jumps off the Anthony Wayne Bridge, are you going to do it, too?") They loved it!!!!

Wonderful post and I couldn't agree more! Amara loves stories about her Mom and many of them are stories that her Mom doesn't even remember. She also loves hearing stories about me and about my Dad.

I wish my Grandmother were still alive to tell me stories!

My dad is 94 and has written two books of memoirs, and he still comes up with stories I haven't heard! I'm so thankful that he has written down as many as he has, and I hope I can remember some of the others.