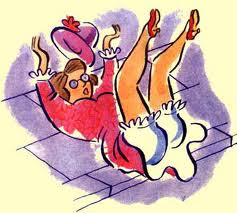 Ever had the rug pulled out from under you?

Frank called today and said, "You're not who you think you are." Actually, he didn't say those words, but that's the message I got. I felt dizzy.

Frank is a distant cousin I've talked to over the years about our family history. We have a common ancestor named Edward who was born "February 18, 1815 in Hartford, CT." There are original records back to Edward; then there's a tiny glitch on who Edward's mother was and why he lived in Nova Scotia. But all the sources breach the gap one way or another, and credible information leads back to our English ancestor, Orlando, in 1630.

So, anyway, Frank and his cousins joined a group for DNA testing. The results show that our lineage is from Ireland and Nova Scotia. There's no mystery why Edward went there from Hartford, Connecticut—he was probably born in a little place called Hartford, Nova Scotia, sometimes referred to as CT (Canadian Territory.)

I feel like I got lost in time. Our English legacy has been handed down for centuries; scores of family historians have studied each others conclusions, and quoted each others facts. So I'm not English? Does DNA trump old fashioned research?

Do I just abandon all the ancestors and stories I've come to know and love? No Battle of Hastings? No French connection? No Yorkshire villages? No Puritan rebels? No witch-hunters? 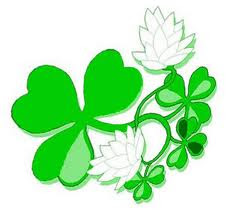 What would you do with new information like this?
It's scary stuff!
Posted by Travelin'Oma at 12:06 AM

Mr. kenju unearthed some family secrets with his geneaology study and it is disconcerting, to say the least.

I grew up believing I was of Irish and English extraction and when I met my birth mother, I found out I am mostly Scottish. I still identify with the Irish, though - and know little about Scotland. It's an odd feeling.

It's tickled I am at the wee lassie with her knickers showing! ;-D

this changes everything between us, you know. i come from a deeply rooted english community, at least on my father's side. we are particular about things like this. you are uninvited from any future tea and crumpet parties that i may have held exclusively for my english friends.

who am i kidding? i can't live with out you.

So now you can adopt your family backwards! You're lucky to have an even more extended family, and just think of all the new folks you will get to know and love now.

Welcome to Irish lineage. My ancestors came over just before the Civil War (ours).

I have ancestors from a township called Nissouri in Ontario, Canada. You have no idea how many transcribers make it Missouri. So if CT means different things to different people, I'm not surprised.

Know what I think? It sounds like a great topic for another novel. Change makes for great conflict and character growth. :)

I always wanted to be Irish. Does this mean I'm grafted in by marriage? I think so. I will now be speaking only in Irish brogue...aren't you excited for Thanksgiving?

I always wanted to be Irish. My children have Irish names, some even spelled in traditional ways that confuse other people.
I grew up thinking I was Irish and Native American along with my Norweigian, German and English. Come to find out the Native American line was just a parallel one that didn't actually mix with mine. Heartbreak #1. Then find out later, that although my Allen line lived in Ireland for many generations, they never actually married any Irish people, and they were all English all the way. Heartbreak #2.
I am a bit jealous to find that you are Irish. Congratulations!