Scary Stuff: Being a Teenager 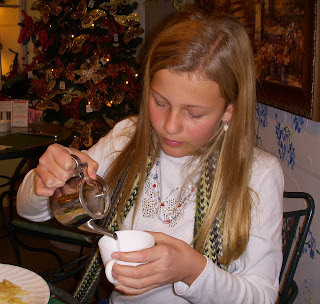 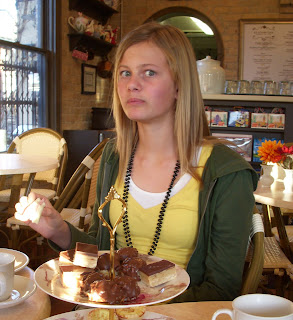 I was about her age when I got arrested.

I wasn't even old enough to be in the church road show! In fact, I was cast as a rabbit in the entree act, singing:
♫ I'm late, I'm late,
For a very important date . . . ♫
But I loved road show practice, anyway. Summer nights, cute boys, walks through the cemetery while we waited for our part—it was my first taste of freedom. And my last, as it turned out.
One night my parents went to dinner at the Fort Douglas Country Club; I had strict instructions to come home right after road show practice. My younger brother Tommy would be tending our little sisters until I returned (by 8 o'clock at the latest.) Joan, my best friend, went over to the church with me, and a couple of cool sixteen-year-old boys in the ward joked and flirted with us. Ken had an old gray '53 Ford, and the guys asked if we wanted to go get pizza with them after the practice. A giant NO appeared in my conscience. I knew I shouldn't go, but I also knew my parents were gone, so there was a good chance they'd never find out. Temptation won.

Pizza places weren't on every corner back in those days. In fact, we went clear up to The Pie, a cool, college hang-out by the U of U. It was packed. After an hour or so, we finally got our pizza. By then it was almost ten o'clock, and I had swarms of butterflies hatching in my stomach, but I was too embarrassed to tell these sophisticated older men that I had to get home. (I didn't know it at the time, but Ken was supposed to be home by nine, and was dying inside, too.)

Steve had heard about a place called The Guillotines up at Fort Douglas, and since we were driving right past, he suggested that we check it out. Maybe they were chopping somebody's head off or something exciting. The gates were wide open, so we didn't see the sign that said Military Property, Keep Out. It turned out that the guillotines were actually just old rifle ranges, but the shadows made them look sinister. We were on our way back to the main road when a military police car pulled us over. Uh-oh.

Apparently this was a popular make-out place, and the officer assumed that was our intention. The guy was fairly nice, but suspicious. He asked for ID and Ken and Steve showed their driver's licenses. Neither Joan nor I had one. When we confessed we were still only thirteen, he said he had to arrest us for being on private military property after curfew!

Back at the station, we were questioned, and told we would be released to our parents. Well, my parents were the last people I wanted to be released to—I was terrified they'd find out about my disgrace. Ironically, they were doing the cha-cha at a dance less than a block away at the country club.

The officer made me call home so he could talk to my mom. Good old Tom caught on right away when I said, "I know mom's still at work, but could you explain to this policeman why we can't call her?" Tom lowered his youthful 12-year-old voice and talked to the officer, man to man. "Can you give me your mother's work number?" he was asked. My brother answered, "Well, she works in a factory someplace and there isn't a phone there."

Steve had a brother old enough to be his dad who had come to his rescue a few times before. He drove up to Fort Douglas, posed as Steve's father, and promised the officer he'd take us all home. Then he followed the old gray Ford back to the real guillotine—my house. Mom and Dad wanted my head.

Valiant as a white knight, Ken came inside with me to explain why I'd been out 'til twelve, roaming where soldiers used to tread. I can still remember how his ice-cold hands shook, and how pale his pimply face looked under his bright red hair. He really was a gentleman. Of course, my dad didn't think so. Mom told him I was accountable for my own actions, and Ken was dismissed to face his own firing squad.

It was my first major offense, and I might have fared better with the military police. I was grounded for the rest of the summer. And my folks stuck with it. No road show, no sleep-outs, no phone calls, no friends. No fun. Ken was also grounded for several weeks. I think Joan and Steve got off Scot-free—anyway, they seemed to bond while their best friends were incarcerated.

As actual crimes go, it wasn't that serious. But it was memorable to me because I paid a consequence. I can't say I never disobeyed again; I was grounded on many occasions because I was too timid to admit I had a curfew. But that summer I learned that I would be held accountable for my choices. Mom and Dad were too smart to buy my immature excuses, and they cared more about being parents than being friends.

My brand-new teenager has that same blessing. But she's also a lot wiser than I was at her age. 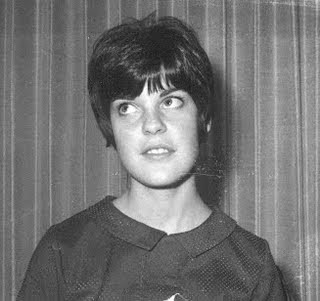 What was I thinking?

you weren't! what 13 year old does? where was i? i don't remember any of this going on?

I was 13 also and caught in a lie. Restricted without reprieve for six long lonely weeks. I did not ever lie to my parents again.

We got our son a car when he was only 17 so he had no excuse for not coming home on time. Sometimes they get trapped in a situation that's beyond their control.

From my own experience as a teenager, my own children's experiences, and the students I teach, I've come to the conclusion that teenagers don't think. And if they do it's not until may days later!

13!! when i was 13 i wasn't allowed to do anything..probably 'cause i had you as an older sister!

Oh, boy. I thought I was bad!! LOL I never got arrested, although I probably should have been a few times.

You must re-tell this story at Thanksgiving to my kids. They will never let you live it down. You will be legendary.