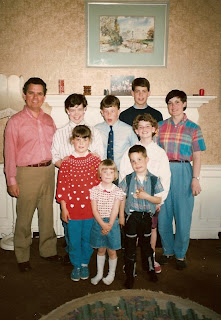 Our Heroes 1985
(somebody always pulls a face)

Mrs. Norman, our new landlord, came over to welcome us with a set of silverware. It had eight place settings. Since she was our first visitor, the whole crew ran to answer the door. "Oh, somehow I thought you had four children!" she said. (Hmmm . . . I guess I had just mentioned the four to the estate agent . . . hmmm . . .)

"Well, after thinking about it, we brought the other three," I responded. I could tell how thrilled she was. Good thing the British have a stiff upper lip. We were already making our presence felt in York. 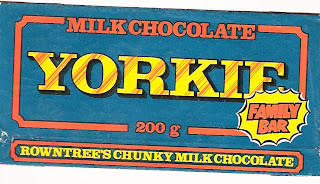 These English sweets were made at Rowntree's Chocolate Factory, just down the street from us. The air smelled like warm chocolate cake. Then you walked in our house. There was a distinct ancient mothball odor from all the cupboards, drawers and closets. It took me a good month to adjust to that. We discovered other unique quirks in our first few days.

Our Victorian mansion was built in the time of Queen Victoria, which meant there were many add-ons that weren't part of the original floor plan. One of these was the bathtub. It was huge (if I held my breath I could actually float) and horrendously rust stained. None of us was anxious to touch our bottom to the bottom. After scrubbing it with everything imaginable, I finally let bleach just sit in it for a few hours. It didn't improve the staining at all, but at least I knew it was clean. We kept a big bottle of bubble bath at hand, and filled the tub with bubbles so we couldn't see what we were getting into.

The drain for the tub was a spout that stuck out a few inches from the third story of the house (no drain pipe.) Directly underneath the bathroom was the front door. I was walking toward the steps one day when somebody unplugged the bathtub. Gushing bubbly water landed in torrents on my head! It happened every time one of us took a bath, and a few visitors got doused. 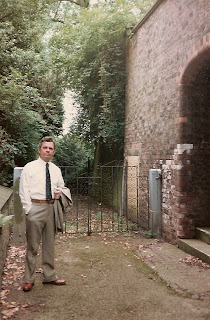 This is where our bubbly puddle would form.

Electricity had been added to the house in bits and pieces. Outlets were all of different vintages. Luckily there were some lamps of each era, and although they were fire hazards and took only thirty watt light bulbs, they gave us some illumination.

When I purchased a few small appliances (an iron, hair dryer, hand mixer) I bought them without plugs attached, buying plugs separately to match our only modern outlet. We ended up with a very l-o-n-g extension cord that reached up four flights of stairs so we could iron, dry our hair and vacuum somewhere besides the entryway.

Each of the basins, as well as the bathtub and sink, had a separate little spout for the cold and hot water. How could we wash our hair? I bought a hand-held shower that was invented for this problem, but it wouldn't fit on the old-fashioned taps. The kids sunk down in the tub to rinse off, and I filled a cup over and over from both taps. Dee used icy cold water all year long.

No mod cons (modern conveniences) in the kitchen—not even a double sink. Washing up became an old-fashioned bonding time, or bondage time from some points of view. I adjusted to not having a disposal, and I learned to light the oven and even determine the temperature by sticking my hand in for a second. But our mini-fridge was a challenge. It had an icebox big enough for one ice cube tray, and that was crusted over with deep frost all the time. 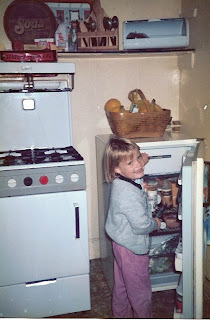 With seven kids, I was used to a big refrigerator plus a freezer in the basement. I had always doubled every recipe I made to freeze half, plus, at home we bought meat and frozen foods in bulk. I wondered how I'd store anything. No worries—nothing was sold in bulk. I learned to shop every day like the locals did, and we were fine. Except for milk.

The morning after we moved in, we discovered a pint bottle of milk on our doorstep. We hadn't ordered it and it took a few days to even catch the milkman in the act. I told him we needed a gallon each delivery. Catching his breath, he said, "You can't have a gallon!" I tried to explain our situation and he finally declared, "I'll leave two pints. That will do you." 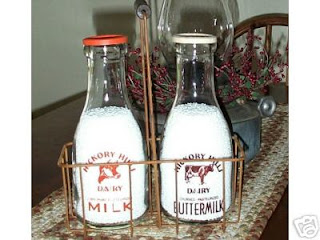 Pint-sized
In Yorkshire,
the customer is not always king.

You pretty much do what you're told. 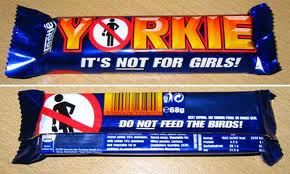 Even so, we were learning to love Yorkies!

I am loving that you are getting all these stories down on paper (or internet, as the case may be). I can't imagine all the quirks with kids. What an adventure.

Did you cry a lot?

What a great adventure you had! Thank you for sharing -- can't wait to read more!

I am enjoying the tale of your year abroad. So often we try to shield our children from upheavals and difficulties and adjustments, when it is often those times that they remember most fondly.