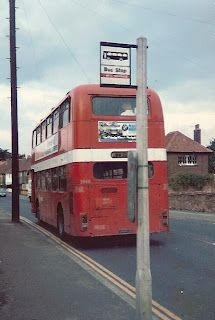 Everybody in the family went to school when we lived in York—except me. However, I got a British education that year, too. Every time I stepped outside my house I encountered a situation that made me think. Teachers were around every corner (although they seemed like regular people.) Here's some stuff I learned:

~Yorkshire folks live their lives in the rain. We flew kites, went to the beach, had picnics in the park . . . none of the locals batted an eye. Josh went spelunking with the scouts for a week with torrential rains the whole time. He and Micah did a 45-mile hike in the rain—it started at midnight—across the moors in muddy bogs filled with frogs. The weather report was always "bright at times, showery at intervals." 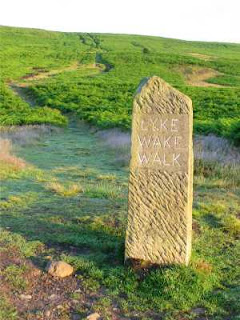 ~In York, the beauty of a home has nothing to do with square footage or interior decorating. Friends lived in cramped row houses, with minuscule yards on narrow streets. Pete played with his friend in a pub the father managed. The family lived upstairs. Neighbors ran a bed and breakfast, and lived there. Our house had originally been the servant's quarters.
Life Lesson #2:
Don't confuse a house with a home. 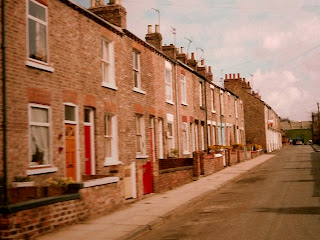 Dale Street, across from the kid's school. 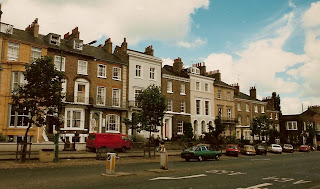 Blossom Street, across from our house.

~In York, parents don't all look like parents. I waited for my kids everyday outside their school with people I was scared of at first. It was 1985 and punk had not arrived in my Salt Lake City neighborhood. Tattoos, mohawks and piercings signaled danger to me. That was before I saw how they interacted with their kids, swooping them up, carrying them on their shoulders, examining spelling tests and essays. Before long I realized I was naive, arrogant and condescending. They, on the other hand, were friendly, interested and hospitable; in other words, nicer than I.
Life Lesson #3:
Don't judge a person by their hairstyle. 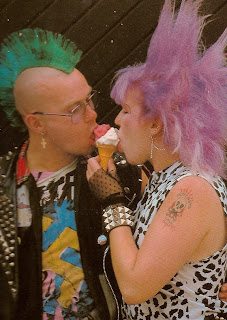 ~In York, ancient is normal. Our primary school was Scarcroft. It was built in about 1840, and looked like a haunted house. There were still gas masks on the shelf from World War I. We'd been warned the school was in a "roof (rough) neighborhood," but the teachers were wonderful, the kids were taught Bible stories and they opened each day with prayer! The headmaster took our kids under his wing and made sure they were integrated into the school quickly. They were each inundated with friends and invitations. 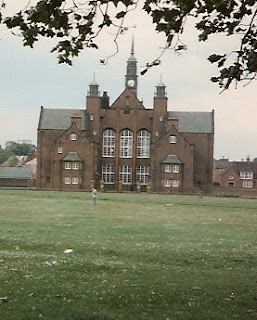 Scarcroft Primary School
Our three teenagers took unfamiliar subjects like Latin, and were placed in 4th year French classes, although they'd never studied French. They learned cricket in Games and now understand the British education system and terms like O Levels, and Firsts.

Dee's school was the King's Manor, built in the 1600's. His labs and workshops were in the York Minster (built about 1100) where they studied architecture and the restoration of stained glass, among other crafts. 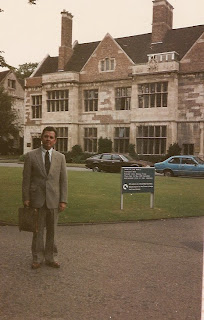 Kings Manor, University of York
~In York I learned to "try it." Our kids jumped into experiences just because their friends were doing it. I'd always said, "Well if your friends walked off a cliff, would you do it, too?" I'll let you judge for yourself: 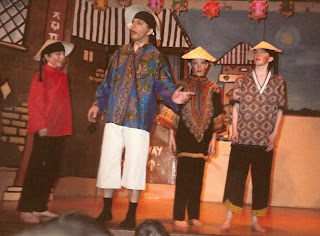 Micah in the panto (3rd one over) 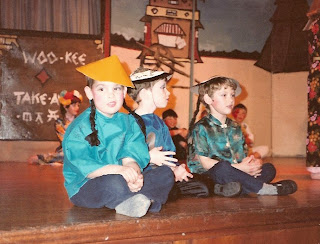 Peter in the panto 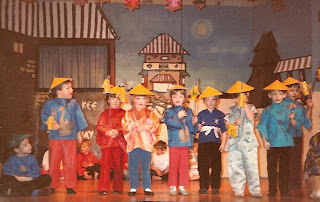 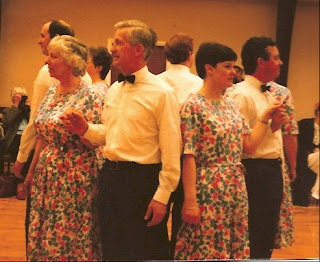 Dee and Marty in the community Dance Festival (we're on the right.)
Life Lesson #5:
It's OK to try things you've never done before, and might never do again. Don't compromise your standards, but occasionally jump into something new.
Major Life Lesson:
There is a world full of hard-working, God-fearing, family-loving people who are very different from me. They are trying to make the world better by living decent lives, that are different from mine. The world does not revolve around me, or the USA. I am not better. Differences make us interesting, and similarities make us strong. Other people don't want to be like me, any more than I want to be like them, so I won't presume to force my ideals on them. I will cram myself full of all the goodness they share with me, and I will be a better person.

I consider that a pretty good education.

Love these lessons! In a world that grows smaller everyday, as the world connects and intersects, we all need to remember the lessons to be learned outside our comfort zone, outside our circle, outside ourselves. Thank you for putting it so well.

Hi Travelin Oma,
I haven't visited your blog for awhile and so this morning am enjoying scrolling down and reading all about your adventures overseas. I really enjoy your writing! You have a way of putting a story together that keeps the readers attention and that is very enjoyable. -Crystal

I've learned these lessons also. Sometimes easier than others. I think we have to look at what the inside of a person is - not unlike the difference between house and home. Our exteriors are merely our house. What we are inside is the home of our person.

i love reading about your adventures in York! getting to know different people in different settings is the best education any of us can have!