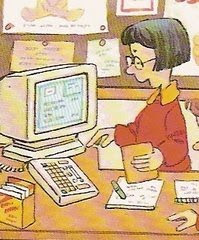 The writing that's the easiest to read is the hardest to write.

Writing fiction is very deceptive. Like riding a bicycle, it looked easy until I tried it. Now I feel like I'm learning to ride a bike on a narrow railroad trestle with a train roaring up behind me at full speed. (Picture Stand By Me.) I'm peddling as fast as I can, and I can't look down. Wednesday I turn Son of a Gun over to my editor.

Congratulations! I can't wait to see the final product, you know, eventually. You've worked so hard, I hope you're very proud of yourself, you should be.

Fiction is extremely difficult to write!!

It's going to be fantastic. I seriously can't wait to read it.

You're awesome. Awesome. I want a personally signed copy.

Way to go! You've really stuck with it, and I'm sure, if your samples are any indication, it will be fantastic. What an accomplishment!

i can't wait to read the whole book!

Congratulations! You're amazing and this is just the beginning, I'm sure!