How to Start Writing a Book 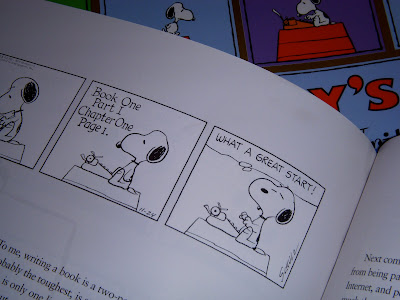 Snoopy's Guide to the Writing Life
"To me, writing a book is a two-part process. The first part, and probably the toughest, is starting the book. The second part, which I've always considered much easier, is completing the book. It's much longer than starting, but also considerably easier—because now, momentum is on my side. It's kind of like jumping out of an airplane. The first step is nearly brutal, but the rest is just a matter of going with gravity."—Jay Conrad Levinson

How I Started My Book: 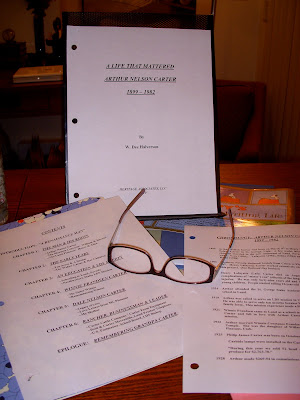 Examples from another project.

Now I had somewhere to actually start writing. The next step was to decide what I want to include in my book and write preliminary chapter headings for the contents and chapter pages.

In this case, the names gave me birth dates for my chronology page. For other projects the chronology might be the order of your scenes and when characters are introduced, or the sequence of events you want to write about.
After listing the years down the side, I started sifting through my notes to compile them in an organized way. Large sections will get written and inserted into the right chapter as I go along.

This method can be used for any book or even a blog series. When I wrote a series called Life in the Motherhood I compiled it beforehand on my blog. First, I opened to new post, wrote the title, labeled it and saved it as a draft (like a title page.) I did the same for five other ideas that fit the category (similar to creating chapters) and labeled them the same. Over the next few days I found quotes I wanted to use, remembered stories, and searched for images, slotting them into the posts they fit. (I'd compare this to creating a chronology.) When I was ready, I opened a different draft each day, decided what was worth keeping, and wrote the posts. 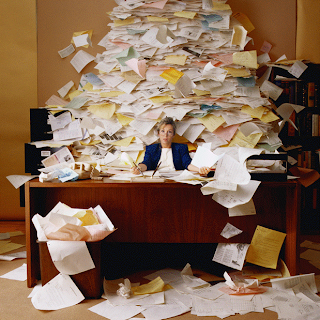 "I love being a writer. What I hate is the paperwork."
Preparation pays. Remember last month when you hauled all those Christmas decorations upstairs from the basement? All the knickknacks you took off the shelves to make room for the garlands, and the piano you moved to make room for the tree? It was a long day, but you sat down after the vacuum was put away, turned on the lights and basked in the ambiance. You'd created the setting—now you could start the season.
With the hard part out of the way, I'm ready to enjoy the season.
I'm writing a book!

~Decide the scope of your project and where you're going to work on it (blog, computer, notebook.) Name it. Create a folder and a title page. Doesn't that feel awesome?

~Make an index page and name your chapters. Make a separate file for each chapter and save it in your folder.

~Put together a chronology page, listing the things you'll include. You probably won't compile everything in this exact order, and you may end up changing the sequence of events in your final draft, but this will help with organization.

~Sit back and bask in the ambiance. You're ready to start this season. You're a writer!

Email ThisBlogThis!Share to TwitterShare to FacebookShare to Pinterest
Labels: The Write Idea, Writing

Thank you for some clarification! I'm going to start a personal history - pieces on my blog, and hopefully incorporated into a book (probably more like a short story...) I will begin today! And keep you posted...

mom, i love this tutorial. i got a great idea today, all good ideas come while i'm showering. will be putting your tips to work. thanks for fueling our fire.

Okay. I did this assignment ten years ago---and that's as far as my book got. That was two or three computers ago. Wonder if I even saved the files. Maybe this is the year to get it going again.

Best place to start is the beginning!!!!!

I love this post. Thanks for the motivation to get started!