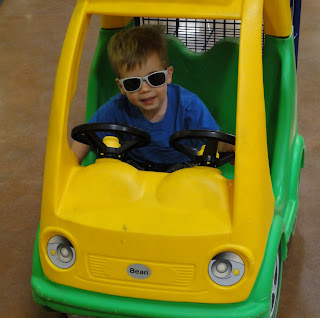 I know you won't believe it, but I witnessed this guy with a little road rage yesterday.

It started with a diaper change he wasn't ready for—who wants to deal with all that crap? Pretty soon he was in such a state he couldn't remember what his point was. There were tears, screams, and lots of "NO! I DO IT!" Compromise was just a big word he didn't want to learn. It was a lively scene, and a messy job, but eventually he relaxed his stand, and reached his goal: 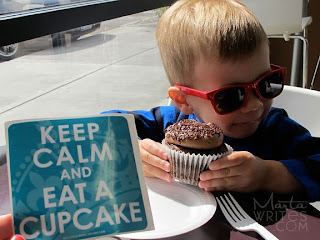 Photos and child provided courtesy of Marta.
Joseph Fielding Smith said,
"Don't stand up so straight you fall over backwards."
Benji is learning that concept. When he relaxed his rigidity, the never-ending crap was dealt with, and everyone was more comfortable. That might be why his mom often says, "C'mon Benj, you need a change." Doesn't everyone? 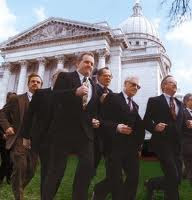 Here's a group that needs a change.

They don't want to deal with all the crap. The tantrums we're watching are all too familiar to those of us who know two-year-olds. "NO! I DO IT!" sounds ridiculous to grown-ups everywhere. Compromise is a big word these kids should have learned by now!

"So dry your tears, guys, try to get along. Share the glory, share the blame, you can do it. Stand for your principles, but don't stand up so straight you fall over backwards. Relax your rigidity and we'll all feel better." 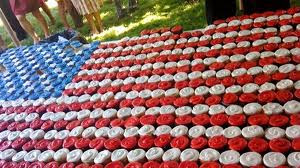 Maybe there will even be cupcakes!

Great analogy. They all need a collective swat on their butts to get their attention. Maybe then, they'd realize that their "I do it" attitude isn't accomplishing anything and work together.

You should send this post to Boehner, Obama and the rest of those guys.

great post. they all need to get over themselves and think of the ocuntry. i agree with grandme cebe. send to post to all the guys.

i guess i should spell country right. it's country. and grandme is grandma. sorrrrrrry, oh i mean sorry.

You know if Moms and Grandmas ran the government, we wouldn't be in this mess in the first place. Most of us know how to live within a budget, cut corners when necessary and, most important, how to deal with uncompromising children.