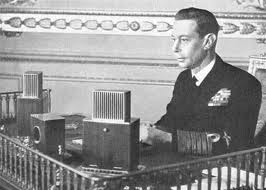 "The significance of that photo in the scrapbook must have been explained to me, but as a young boy I never paid too much attention," wrote Mark Pogue. 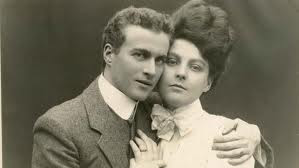 "Lionel was ancient history to me; he had died in 1953, twelve years before I was born. The sum of my knowledge about my grandfather was that he had been a speech therapist—whatever that was—and I left it at that." 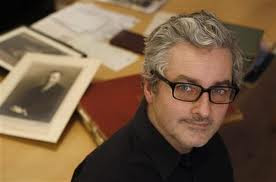 "After the death of my father in 2001, I was left the task of going through the personal papers he had kept in a tall grey filing cabinet. There, among the wills, deeds and other important documents, were hundreds of old letters and photographs collected by my grandfather—all neatly filled away." 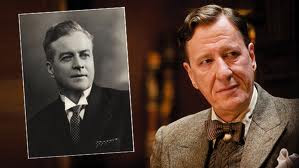 "I found vividly written diaries in which he had recorded his meetings with the King in extraordinary detail. There was copious correspondence with George VI himself. Taken together with other fragments of information I managed to gather online, I learned more about my grandfather's unique relationship with the King." 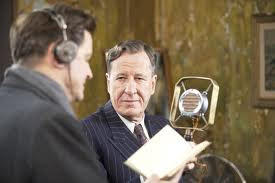 Practicing for the speech

A passage in Lionel's diary described a conversation with the King after his annual Christmas message to the nation. "'You are indispensable,'" he told me. "Two days later he wrote me a very beautiful letter, which I hope will be treasured by my descendants."

Lionel's grandson, Mark, wrote, "Had I had the letter I would have treasured it, but it was nowhere to be found. This missing letter inspired me to leave no stone unturned, to exhaust every line of enquiry in what became a quest to piece together as many details as I could of my grandfather's life." 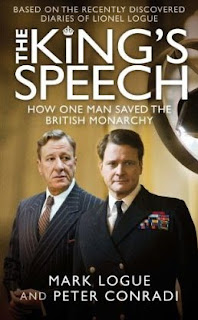 Mark's quest for his grandfather, Lionel Logue, won an Oscar tonight.
(All quotes are from the introduction of the book The King's Speech.) 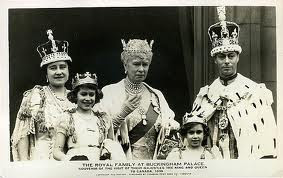 Hey! Don't you have an ancestor or two?
They may not be royalty but I bet they did some good here and there.
Writing down a few stories might be your crowning glory!


To get started, click here:
Ten Steps to Family History.

Write something up: I'll watch for you at the Oscars next year!

(I'm deep in the Irish history of someone's else's grandpa and I'm fascinated and impressed—I want to be related! I might write myself in as a long-lost cousin just to get in on the family traditions!)

I had no idea this was the beginnings of the story. Thanks so much for sharing it. Means even more now!

I loved reading this. Now watching the movie has moved higher on my list, and the book has been added to my must reads.

I never thought my ancestors would interest me, but I find them fascinating now.

thank you, oma!! what a good point you make here. i am so glad it won the awards. i loved what the director said about 'listening to your mom'.. did you hear his speech!? it was so great.

I had no idea there was a book. I am going to have to get it and add it to my growing pile. I loved the movie and am so glad it won last night. So, so deserved to win.

Thanks so much for the info. I had read some vague information but now that its the 'talk' I want to go see the movie and delve into the significance of it all!
thanks for the start of that...

I, too, loved The King's Speech (I've seen it twice, so far). I came home the first time and looked up Lionel Logue and read his fascinating story.