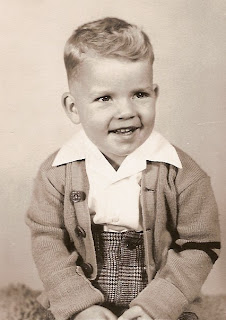 Dee, three.
This is a War Baby, born 9 months (plus a few hours) after his WWII soldier dad returned to his waiting wife. A true Boomer. And he's mine.

You could not meet a more interesting guy. That's a direct result of the fact that he's interested in EVERYTHING. By the time I met Dee when he was 22 he was already an expert in European History, World Geography, the British Military, photography, German philosophy, politics and US current events. He collected coins and stamps, knew diverse things about music, Rommel, Hubert Humphrey and art. I was fascinated.

We'd been married a couple of years when he received a triple degree in German, European Studies and History from BYU (he had planned to go into foreign service, the CIA or the Intelligence field) and with a wife, a daughter and a son on the way, he continued a job in real estate as a developer and builder. He built about 50 homes, a subdivision, some condos, office buildings and a business park and was involved in the politics of water rights, irrigation feuds, and building permits. He arbitrated, negotiated, and stagnated. It was time to move on.

After reinventing himself with a year at The King's Manor in York, England he received another degree in Architectural History and Preservation. Dee's first business venture after returning home was to sponsor a three-day, world-wide conference on retro-fitting historic buildings with hydraulic springs to prevent damage during an earthquake. The Salt Lake City and County Building was the first building in the world to benefit from the new technology and Dee's conference was well-attended by architects from all over the world who wanted to observe and learn first hand. 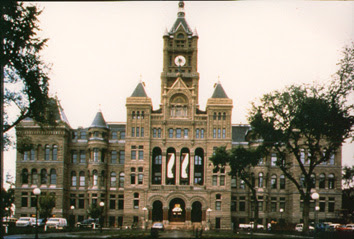 It's fun to watch Dee immerse himself in a new interest. When he wrote a book about a Jewish Rabbi in Seattle, it led him to 1860's silver mines in Colorado and the beginnings of a rabbinical school in Cincinnati. The story of a San Francisco bridge building company took us to an ancestral winery in Germany, as well as a study of the construction of the Channel Tunnel between England and France.

Early logging in Ontario's rivers, and the establishment of Quaker Meetings in Pennsylvania, pirates settling Newfoundland and ghost towns in Southern Utah have become a few areas of expertise for Dee. He loves to dig out the stories behind the stories and he becomes well acquainted with people long gone. He knows people's businesses and ancestors better than they do themselves, and he appreciates the hard work and sacrifice of unknown heroes. His research skills are superb. He can find everything that's been written about anything, consolidate and unify the information, add to it, and then condense it to a form that's factual and entertaining. He would find the history of dirt intriguing, and you would, too, if he wrote about it!

Dee has an incredible memory for dates and places involving anyone else, and when he gets going on a little historic recitation he's thorough to the point of . . . well, thoroughness. But it's almost impossible to get him to talk about his own memories. He's foggy on the details.

We got married 42 years ago in September, and a few weeks later on his birthday I baked him a cake. He came home from school, saw it on the table and was overcome. "I've never had a birthday cake before," he told me emotionally. He hadn't? Where was his mother? What kind of deprived childhood had he come from? I vowed to make it all up to him. I'd give him memorable celebrations that would overwhelm his past disappointments. 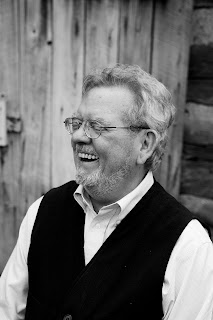 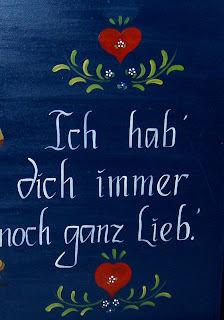 Happy Birthday, Dear!
Posted by Travelin'Oma at 12:10 AM

What an inspiring and loving tribute to your husband. Many happy returns to him (and I think he takes the cake!)

And I chuckled at the cake story because I cannot tell you how many times Rob has said something similar and I've looked at him confused, then reminded him of some detail he seemingly forgot and he'll say, "Oh yeah. I forgot."

Being in a relationship with a forgetful person can be interesting indeed. They go out to buy something you need for dinner and come home with a whole new idea for dinner and whatever you thought you were going to have is out the window because "Look what I brought home."

a fabulous tribute. I loved learning my about your darling husband. I love observing your marriage; you are role models.

Everyone should be so lucky to have you write their birthday post!! Happy Birthday to Dee!