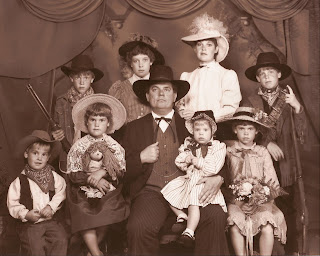 Heroes, 1983
Forty years ago I chose the father of my children.

Of course I didn't know then what I know now. I chose him because he was cute and funny and he thought I was cute and funny, too. He listened to my rambles and understood what I meant. We dreamed the same dreams and saw the world through the same lens. As far as parenting skills, I assumed he'd contribute curly hair and brown eyes . . . hey, enough for me!

I know a lot of moms who undervalue dads. We women have a superiority complex that lets us think that we do it all, all alone, all the time—and we're pretty good at moaning about it. While there are some awesome single parents (moms and dads) who have that challenge, I'm very blessed to be only half of a team. Here are some elements my other half supplied, one for each year he's been a dad. (I could have listed zillions more.)

Their dad did this with our kids:
I am in awe of good fathers. It's interesting: I wanted to find a good quote to use in this post yet most of the ones I found were condescending or sarcastic. Isn't that sad? Many women who have been disappointed by their own fathers or husbands assign the blame to men in general and seem to spread the word via men-bashing. This sets a low standard for boys, who then don't have much to live up to. Decent dads, who take responsibility, work to support a family physically, spiritually and emotionally, and who set an example of dependability, contribute goodness to the world. 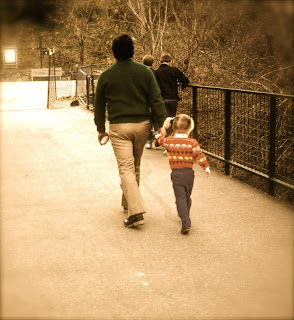 I had a dad like that too, and I wish my grandkids dad had been like him.

Thank you for picking such a great dad for me! I wish I'd inherited his curly hair and brown(!?) eyes. Happy Father's Day, Opa!

I love this post. Rich with memories and love. What say we have a swap here - you use the letter idea from my post and I will adapt your list as tribute idea - feels good to me.

I found your blog somehow and I love this post. I once read a quote that went - "The best thing a father can do for his children, is to love their mother." Thank you.