She Made Me Who I Am 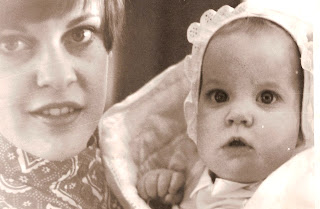 Exactly forty-three years ago, on a July morning at 7:00 am,
Gabi made me a mom.

I wasn't quite twenty-one when she was born, and I didn't have a clue about what it meant to be a mom. I just knew it was what I was meant to be. (My big fear as a teenager was that I would die before I had kids. I wasn't afraid of how I would die, or being dead, but that my dream of being a mother wouldn't come true. I must have wished on a lucky star!)

She was born breach (and totally natural, I might add) folded in half, and she inhaled before she hit oxygen, leaving her breathless. The nurses worked on her for a few minutes and then whisked her away somewhere, without telling us anything about how she was. After over nine months of togetherness, it was terrifying to be apart. Several hours later they brought her to me. I was overwhelmed—now I was breathless!

For a couple of days I kept trying to say a magnificent prayer of thanks to Heavenly Father for letting me have her, but I couldn't find the words. I felt ungrateful just saying "Thank you, thank you" over and over again, but I think He may have understood. 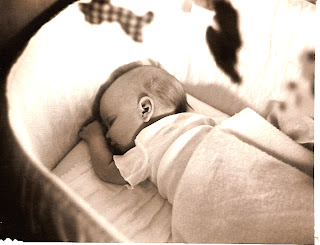 Gabi came into my life only 18 months after Dee did. She's known us almost as long as we've known us! In fact, she helped us become US. She lived in our first tiny trailer home, our second less (but still) tiny trailer home; she rode in the VW and the Vega, and saw Dee as a soldier. She was part of our college life, and part of our pre-TV, pre-income days. We started leaving shoes out for St. Nickolas Day, and cookies for Santa because of her. She made us a family.

I read out loud to Gabi from the day she was born. Mostly I read Dr. Spock as I nursed her, trying to figure out when she'd do something interesting. Dee laid on the floor with her for hours demonstrating how to roll over. It actually took hours of watching her for him to figure out the steps of rolling over. He practiced with her for about six months until she caught on. We figured we'd taught her, not realizing that she'd come already programmed to do every important thing. We didn't have to teach her much. In fact, she taught us. 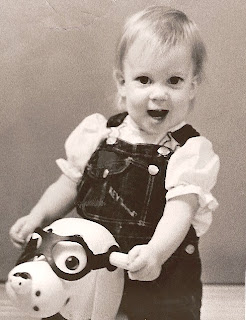 I read an article about how to make your child a genius. It said to tie helium balloons to your baby's wrists and ankles, and their eyes would catch the movement. Eventually they'd realize they were pulling the strings! I tried it, and it must have worked. She became a genius, and knew how to pull all our string.

She could sing dozens of songs, say the Pledge of Allegiance, recite poems and ask questions by 18 months. By the time she was two, I was asking her questions. 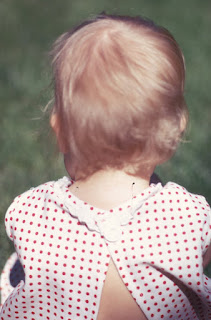 Looking back, I see that she brought color into my life. She became my best friend. I'd even consult her about what I should wear! (She knew exactly what they were wearing at the laundromat, and milk depot, which were my usual destinations.) Her siblings started arriving about that time, and it was a joint project for us. I saw her as my confidant and support.

She was an awesome babysitter, first for me, and then for many others. She became a nanny, and tended kids for weeks at a time while their parents traveled. She worked at a nursery school and daycare center during high school, and then majored in Elementary Education. She taught 6th graders who were taller than she was. She also taught Kindergarten and Pre-school. She was born to teach.

She met her perfect match, they got married and worked their way through college for a few years before they graduated. Being the perfect parental candidates didn't translate to being parents. While they waited, they built careers and houses and moved across the country. They traveled and had fun together until the other shoe dropped. They did become parents . . . twice in three years, and then again with twin boys . . . and they did it with a flourish!

It's stunning to look at this woman whom I admire and respect so much, and realize she's my daughter! She sets an example of kindness, hospitality, charity, spirituality and energy that I can't come close to emulating. She changed me forever and I'll be forever grateful to be her mom. 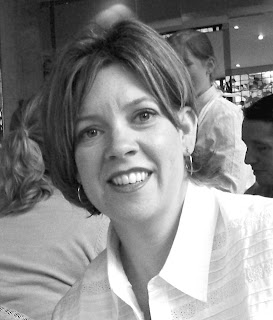