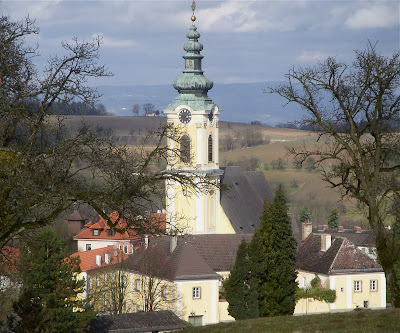 Down to work.
This was, after all, a business trip.
Dee is writing a family history for Clive Client. (Names have been changed.) Clive's Dad came to the USA from Vienna as an 18-year-old boy in the 1950's, leaving his family behind. Dad's sisters, Aunt Louisa (now 75) and Aunt Greta (now 65) still live in Austria, and have all the scrapbooks, letters, photos and memories that are left. We drove to a mountain village near Salzburg to interview them. 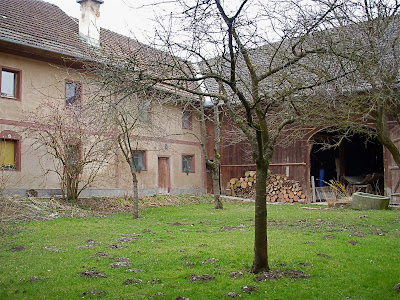 Aunt Greta lives on a 12th-century farm comprised of four buildings, with a grassy courtyard in the middle, and surrounded by orchards. She and her husband (who is an architect) restored the home 40 years ago, and raised eight children.

We sat around her kitchen table and Dee and the aunts all spoke German. I majored in German many years ago, and after a while my language skills kicked in and I could follow the conversation pretty well. I laughed and nodded appropriately, but groped and stuttered if I was required to answer.

*On a side note: The Familie Greta has a big gathering every summer, inviting everyone they know to bring anybody else. The guests bring cots or sleeping bags, and sleep wherever they find a spot. There are huge pot-luck meals, and the entertainment is pot-luck as well. Those attending are encouraged to give lectures, conduct discussions, teach crafts, organize sports or games, and provide music. Often Aunt Greta and her husband don't even know the people staying at their home. It lasts three days! Doesn't that sound like an interesting tradition?

Anyway, we spent almost the whole day, mesmerized by the family stories. They told us about their parents who were living in Vienna when the Archduke was assassinated, which started World War I. Aunt Louisa was 5-years-old when the Nazi's took over Austria in 1938. (Picture the von Trapp family escaping in Sound of Music.) She remembers looking through the rubble for treasures when the Allies bombed Vienna during World War II.

After the war Austria was divided up like Germany was, and Vienna had four sectors, like Berlin. (Have you seen the movie called The Third Man?) Our Client family lived in the Russian zone when the Communists were in charge, and the aunts recalled their mother standing in long lines for hours trying to buy food for her five little children.

We heard about their father traveling to his native village in Bohemia (now the Czech Republic) for a family wedding. It broke his heart when the Nazi's and later the Communists made it impossible for him to take his family there to visit their ancestral home.

Dee copied down names, dates and addresses and picked portraits from the scrapbooks the aunts could scan and send him. We were ready to leave Salzburg, and discover more. 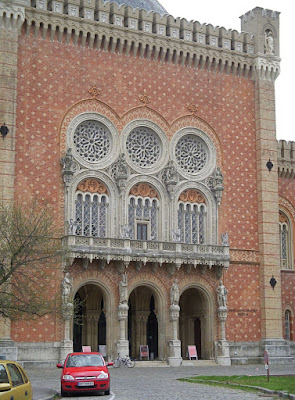 In Vienna we found archives that provided local history, as well as specific locations and directions to areas that had been bombed and rebuilt. 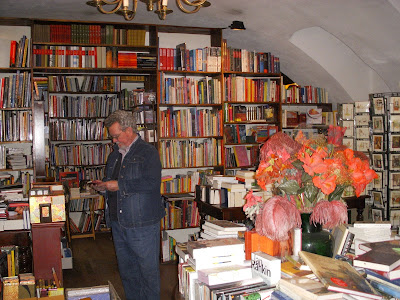 A used bookshop had a back room with boxes of dusty maps. We were looking for villages in the Austro-Hungarian Empire, a country that doesn't exist anymore. Cities were renamed when different regimes took power. It was a challenge to find a town on an old Bohemian map spelled one way, and then try to find it on a modern map.

(This challenge was taken a step further when we arrived in the Czech Republic and discovered that the towns on our Austrian/German language map weren't spelled the same way on the Czech map.) 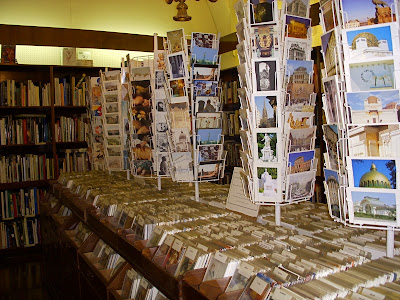 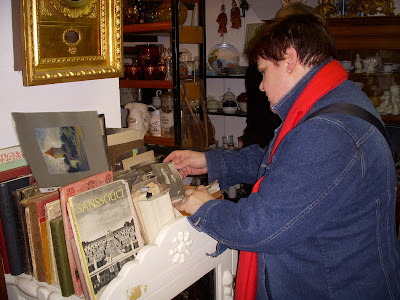 and antique stores offered an assortment of old photos, stamps, coins and other ephemera to use for graphics in the book. 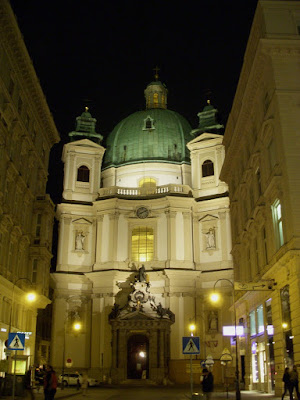 Churches and cemeteries had records of births, christenings, marriages and deaths. 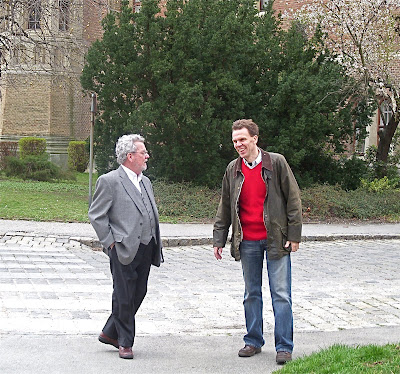 We hired a driver for a day (Charlie) and Dee gave him a list of all the places we wanted to photograph.
(Charlie was also a fan of Harry Lime, of Third Man fame, and pointed out those important sites, too.) 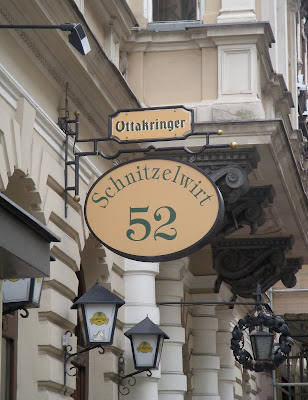 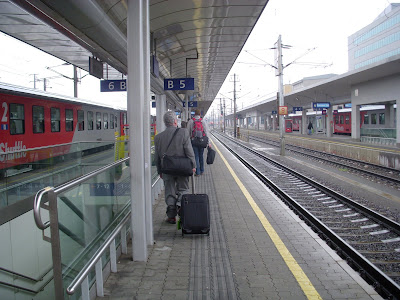 Great Grandpa Client had expressed the desire that his homeland be remembered.
and we wanted to honor his wishes.
After all, we'd visited his home, his work, and his grave, and felt pretty attached to the man.
His birthplace was important for the record. 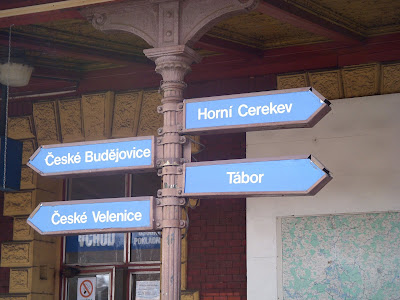 How hard would it be to find Tabor? It was only a couple of inches away on the map.
We decided we had to try.

I think it is so amazing what Dee does. Family history is more important than some people realize. Unfortunately for some, it's a lot harder to get the information. I'm sure that Clive is truly grateful.

I loved this post! It takes me right to Austria. I just finished reading Maria von Trapp's book, The Trapp Family Singers, and your photos showed me just how I had imagined it! I'm also a family history nut, so I loved that aspect of it too. Thanks for being such a great blogger. I always love reading your posts.

This is amazing and soooo interesting.
The picture of the church is beautiful.
Having people stay for 3 days and you do not know them? Truly amazing!

I'm loving the travelogue--keep those pictures coming for those of us who'll never get to Austria!

Oma,One of John Bagleys descendants married my Grandfather.
Her name was Muriel Margaret Bagley and she died of a ruptured appendix in Montpelier Bear Lake Idaho. All of her three daughters have since died, But she has many grandchildren & Great Grandchildren. Can you share what you know as far as the names of Edwards children and who Edward married so they will know something about their ancestors. All they know about John is his name,birthdate & where he lived.
My e-mail tcrouche53123@q.com
thank You!